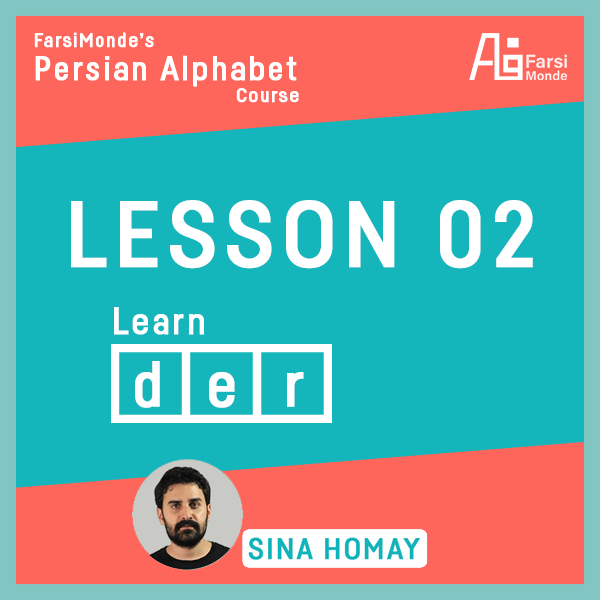 Welcome to the second episode of the Persian Learning Alphabet Series. In this lesson, you will learn to write two consonants, “d” and “r,” and a vowel, “e.”

The two consonants in this lesson have something important in common. They never connect to any letter after; therefore, they have only one written shape, no matter where they appear in a word. Sometimes our Farsi learners complain about the resemblance of these two sounds’ written forms, but remember that “r,” “ر” in Farsi, starts on the line and goes completely below it while “d,” “د” in Farsi, begins above the line and continues on it.

The “e” is the second Persian short vowel you are learning. This is an easy sound and for most Farsi learners, distinguishing it from other vowels is not difficult. But in some languages like Turkish, the differences between “e” and “i” is not very clear. If you are among them, remember that “i” is a long back vowel while “e” is a short vowel. 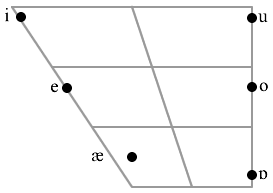 You have learned that showing the short vowels in the Persian script is not obligatory, so you can skip writing “e.” But this short and seemingly insignificant sound is one of the most frequent morphemes in Farsi with a grammatical function. Thus, not writing it is fine; not pronouncing it may lead to misunderstanding.

Mr. “e,” also called Mr. Ezêfe(h), is a fictitious character created by FarsiMonde’s Persian tutors to teach Farsi learners a grammatical point that makes Farsi more rhythmic and consequently sweeter. Mr. “e” loves networking and linking words. He links the nouns and adjectives to make a noun clause.  For instance, if you want to make a noun clause with a couple of adjectives, you need to connect all the adjectives together and then to the noun with Mr. “e” to create a chain. Let’s take a look at some examples:

As you may notice in the first example, subjective and possessive pronouns are the same in Farsi. For both “I” and “my,” there is one Persian equivalent, “man.”  The only difference is that the possessive pronoun connects to the owner by Mr. “e.” Take the following as examples:

Mr. “e” also links two nouns, so you can consider him an equivalent to the English “of.”  How? Let’s see another example:

By watching only two episodes of FarsiMonde’s learning Alphabet videos, you can write your first Persian verb, “dâram,” which means I have, and its negative form, “nadâram.” Surprisingly, you can now write complete sentences, even complicated ones. Don’t you believe it? Give it a try, and write the following sentences in the comments:

Farsimonde’s tutors attempt to make learning the Persian Alphabet simple and easy; therefore, we designed writing exercises you can work on at the end of each video.

If you still need help with reading and writing in Farsi after the videos and test, you can always count on our online Persian courses.