Learning numbers in Farsi is not complicated while it is very useful. Going to an exchange office on your arrival is probably the first thing you need to do. In the office, after saying “salâm” you will negotiate over the exchange rate. For asking prices, bargaining, or even giving addresses, learning numbers is a necessity, so try to memorize them during your flight, before landing. But make sure to read these important notes before using numbers.

– Farsi and Dari, are written from right to left, but not when it comes to numbers. In the both languages, numbers are written and read from left to right.

– Numbers are the same in Dari and Farsi, with slight differences in pronunciation. The following table illustrates the mentioned differences. 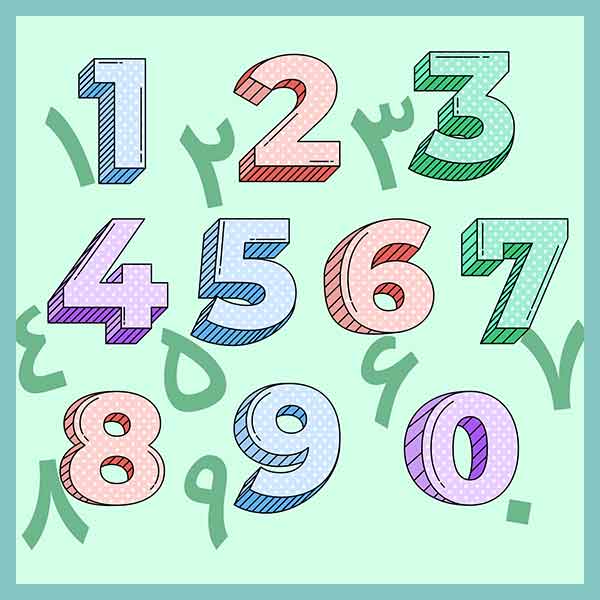 – In Farsi, nouns coming after numbers are always singular; for instance, “two apples” is translated to “do sib” not “do sib-hâ” because “do” already shows that sib is plural and adding “-hâ” is considered as redundant.

– All ordinal numbers in Farsi end in “om”. The only one that changes totally is “first” which is “avval” in Farsi although you may also hear “yekom” or “naxost”.

– In Farsi, “va” means “and”, but most of the time it changes to “-o” in spoken Farsi. Sometimes this “-o” may lead to misunderstanding, especially when Farsi speakers say the numbers. For instance, 104 is “sad-o čâhâr”, but it may be heard as “sad-do- čâhâr” (100-2-4). So, try to listen very carefully when you are asking prices or phone numbers.

– In Farsi, we usually do not say numbers one by one. For instance, for saying years we say them all together. Take 1982 as an example which is pronounced as “hezâr-o nohsad-o haštâd-o do”. Phone numbers are usually said 3 by 3 or any combination that makes it easier to pronounce or memorize.

Talking about prices and money is not easy in Iran. Most probably it is easier in Afghanistan and Tajikistan. In Iran, the currency is called Riyâl, but in our daily conversations we use “Tumân” or “Toman”. Riâl has one zero more than Tumân. Moreover, we usually omit thousand in daily talk. So, when a shopkeeper tells you that a kilo of apples costs 20T, s/he actually means 20.000T which means 200.000R.