Despite the fact that Iran is an old country, the Iranian subway does not have a long history and therefore the number of stations is not very large.

As the capital of Iran, Tehran has the most metro stations in four directions currently. In other major cities such as Karaj, Isfahan, Shiraz, Mashhad and Tabriz there are fewer stations. There are still no circular lines in Iranian subways. However, the metro is a useful means of transportation in Tehran and the central parts of the city are well covered by it.

In order to cross the subway gates, you must use special cards that you may use for getting on most city buses as well. There are singe use cards for passing through subway gates as well, but multiple use cards are more beneficial and we recommend you to use them.

Subway congestion in Tehran and Karaj is incomparably less than that of India, Bangkok and China. Still we have to be careful in rush hour and try to stand in a corner by the wall.

In each train, the first and the last wagons are reserved for women. Women are allowed in other wagons, but men are not allowed in the women’s wagons.
The doors in Tehran subways open automatically and close after a few seconds. There is no way to open and close these doors manually.

Along the way you may encounter people who play music or sell cheap goods and food. It is not strange to see this in Tehran subway.

Unfortunately, Google Maps on smartphones does not calculate subway and city bus travel time. Also, the recorded audio operator announces station names in Persian. Therefore, it is better to have on your smartphone the metro application of the city in which you travel. It is also good to know the names of the busiest stations and the color of the line in which you travel so that you can change the line in time. Also, if you have access to the Internet, follow your movement through the application. 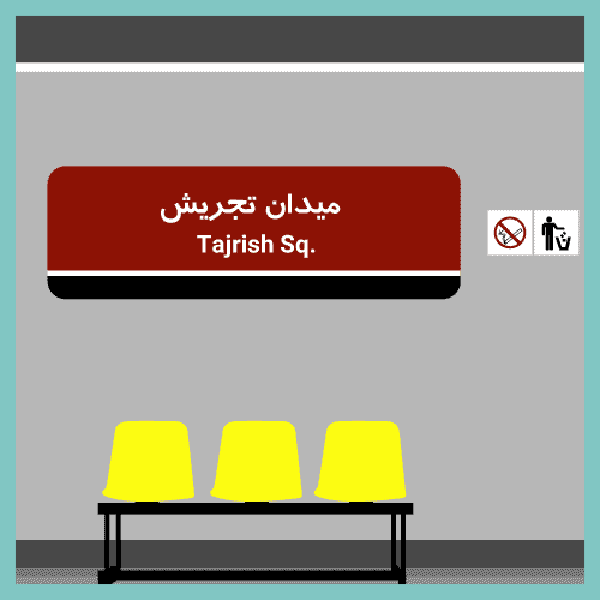 Page load link
Translate »
Open chat
How can I help you?
CANTACT US
Hello
How can we help you?
Go to Top