Iran has only ten international airports, out of which two are located in Tehran and eight in other major cities: Mashhad, Isfahan, Kerman, Bandar Abbas, Shiraz, Zahedan, Yazd and Tabriz.

Naturally, most international flights are operated at Imam Khomeini Airport in Tehran, which is the largest airport in Iran and located about thirty kilometers south of Tehran. However, this airport is not a big airport for a big city like Tehran or a big country like Iran.

At Iranian International Airports, as a newcomer you will not encounter a new problem that needs to be explained, except that women are advised to bring a scarf in their handbag because hijab is mandatory in Iran.

Compared to most large countries, Iranian airports duty-free shop stalls are not glamorous. In these stores, most of the common Iranian souvenirs can be found such as Gaz, Sohan and North Sea caviar. But these goods are not necessarily of the best quality.

There are basically one or two exchange offices and an Iranian bank. It is better to have some Iranian money with you before leaving the airport.

To get out of the airport as a passenger, it is better to use an airport taxi. However, usually a lot of ordinary drivers wander around the airport and offer a ride with their own prices. Some of these people are not actually taxi drivers, and many work under the supervision of Internet taxi companies. It is recommended that you take an airport taxi through the airport information guides for the sake of caution and a more comfortable experience. 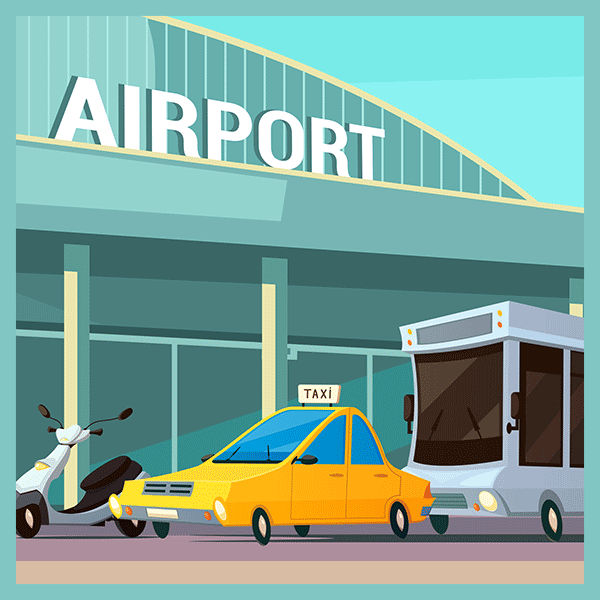 If you plan to fly from Tehran to other Iranian cities, after reaching Imam Khomeini Airport, you have to travel fifty kilometers by taxi to reach Mehrabad Airport. Therefore, even if you do not intend to stay in Tehran, also choose a flight ticket to other cities for the day after your arrival in Tehran.

If you are planning to travel by domestic airlines in Iran, it is better to be a little familiar with Persian keywords at the airport. Because probably the news announcers and passenger guides speak Persian. If you have no Persian-speaking person with you, you may not notice the announcements.
If you don’t find Iranian airports attractive, large and well equipped, don’t worry. Unattractive airports don’t mean those countries are not beautiful.
Have a nice trip

To help you learn Farsi, our experienced Farsi tutors in Farsimonde provide you with the best online Farsi classes and offer you the best Farsi learning methods.