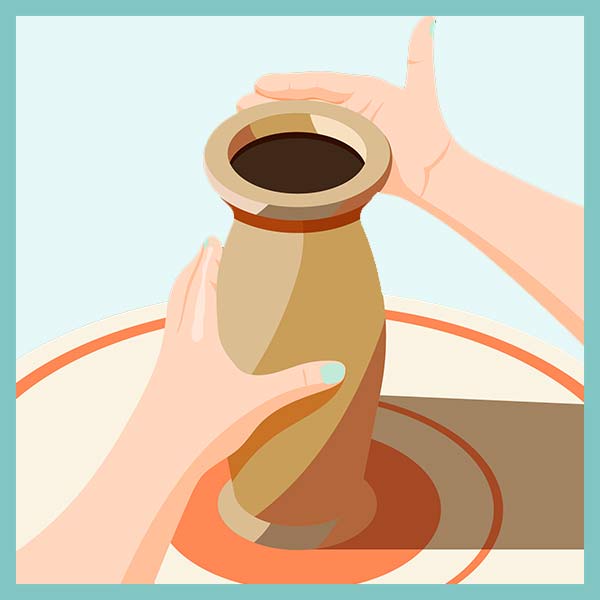 Today, June 10, is celebrated all over the world as World Handicraft Day. This day was selected by the World Crafts Council. This council has been established almost half a century ago to introduce world handicrafts, foster economic development of the handcrafts, find the artists and support them, and offer supportive, educational, and financial programs. The council which is located in Amsterdam has 90 members. Iran joined this council in 1968 and has been an active and significant member since then.

The importance of World Handicraft Day

Why Handicraft Day is so important for Farsi teachers in FarsiMonde and Farsi learners? First of all, every country’s handicraft is rooted in the region’s culture, art, and people’s insights. Therefore, getting familiar with Iran’s handicrafts will help Farsi learners to know more about Iran’s culture and the Iranians’ way of thinking to have a better understanding of Farsi. Moreover, buying a country’s handicrafts and introducing them to friends and relatives back in someone’s country can lead to cultural exchange and connection. One of the most important goals of FarsiMonde is to be a bridge between different cultures. We believe that speaking about each region’s handicrafts helps Persian teachers and learners to find out more about art and the beauty of different cities in Iran and the world.

If you want to learn more about Persian Handicrafts in Iranian Souvenirs you can find a lot of useful expressions Here.

Iran Cultural Heritage, Handicrafts, and Tourism Organization categorized 370 art fields into 24 main parts including pottery, felt weaving, glasswork, marquetry, khatam, wicker weaving, and mosaic. In this article, you can read a brief explanation of Iran’s main handicrafts. FarsiMonde group has also provided a page under the name of Iran’s handicrafts for those Persian learners who are interested in Iranian art.

Carpet weaving is an old art dating back to 500 BC. Zilu, gelim, and rug (qâli) are among the various types of carpets. Motives and designs in Iranian carpets are either birds and flowers or abstract images. The threads for weaving carpets are natural and usually made of wool, silk, or cotton which are colored naturally. Carpet weaving is a trend in almost all cities of Iran but Tabriz and Kashan are two UNESCO registered cities. While the former carries the title of world carpet city, the latter is known for adroitness in carpet weaving. 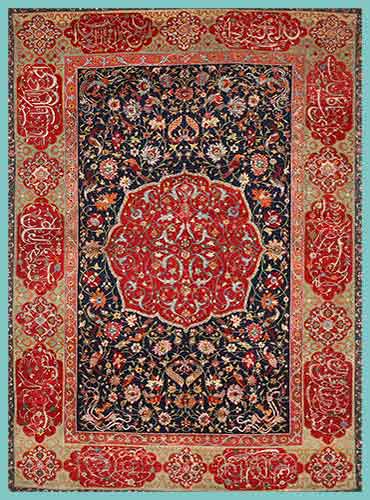 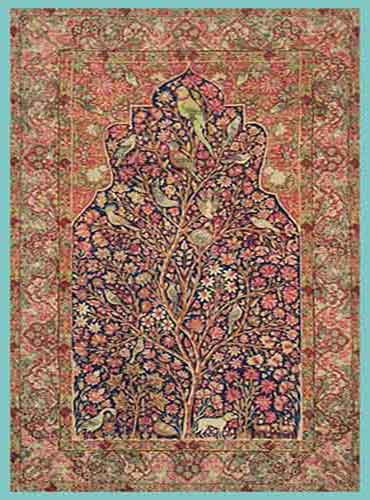 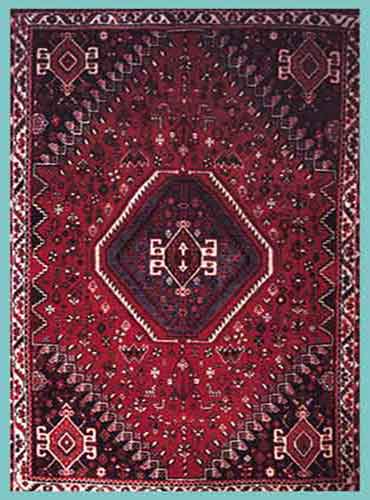 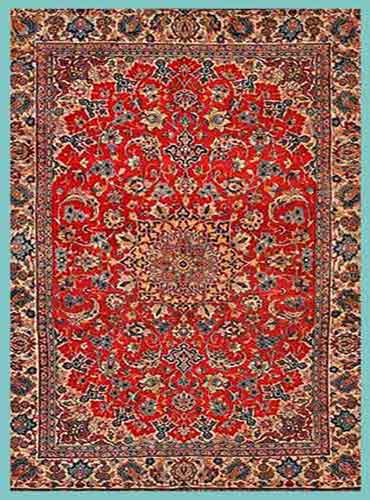 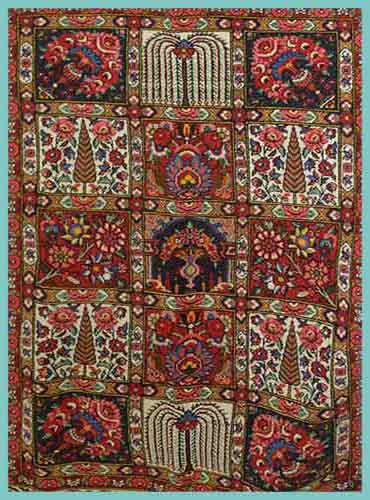 In this art, enamel coating covers the surface of copper utensils at a high temperature. This cover has very detailed colorful patterns and motives. It is also possible to use other materials than copper for this art such as gold, silver, or clay pots. Virtuous Enamel is an art that dates back to 2500 years ago and the Achaemenid dynasty, known as the First Persian Empire. There is proof that confirms other civilizations learned this art during the Sassanids dynasty from Iranians. The best place in Iran to learn, observe or buy the Enamel products is Isfahan.

Khatam is the art of using small geometric patterns to decorate different objects. The main material for Khatam is wood especially ebony and jujube wood, animal bones, or tiles. In Iran Shiraz is known as the city where Khatam came into being. The artworks from 10 centuries ago can be found in Shiraz. Nowadays, Isfahan has also many artists who are producing wooden khatam boxes, chess boards, and backgammon boards.

Pottery is the art of making utensils and objects from clay. Clay pots are one the oldest objects which are made by human beings. The remnants of clay pots from 10 millennia ago in Mesopotamia, Iran, and other places show the importance and prevalence of this art in the life of human beings. The oldest pottery wheel from 5000 years ago was found in Shush, Iran. Other ancient places in Iran in which clay pots were found are Sialk Archeological Hills in Kashan and Torang Archeological Hills in Golestan. Moreover, Lalejin in Hamedan is registered by UNESCO as the world city of Pottery.

Why to learn Farsi ..? To help you learn Farsi, our experienced Online Farsi tutors in FarsiMonde provide you with the best online Farsi classes and offer you the best Farsi learning methods.

Page load link
Translate »
Open chat
How can I help you?
CANTACT US
Hello
How can we help you?
Go to Top